Responses to the winning book The Bubble Boy 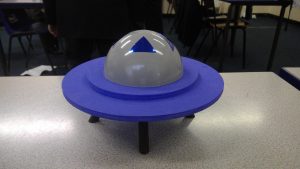 Yuxuan from Eltham College built a model of the UFO he imagined Amir was telling Joe about. 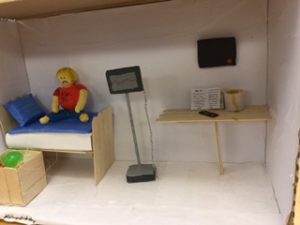 Emanuel – Eva and the Good Blood Cells – Atitiya  This beautiful picture book was created by Atitya and it explains Joe’s illness for younger people.  Judges were so impressed that Atitya won the best Creative Response to a book.

Responses to The Knife of Never Letting Go by Patrick Ness

Emanuel – Todd’s Mother’s Diary – Molly   Molly created an amazing artefact – Todd’s mother’s diary, complete with knife.  Handwritten, and very authentic looking, this was an amazing piece of work. No wonder Molly was a runner up for Creative Responses. 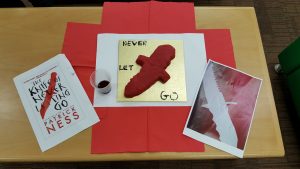 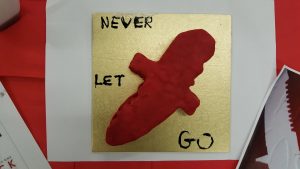 This fantastic cake was created by a student at Dulwich College 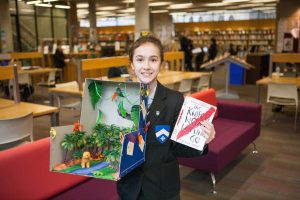 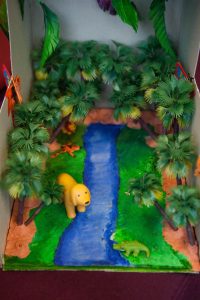 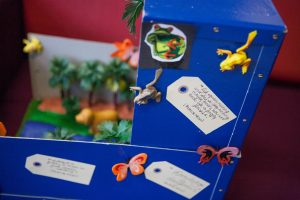 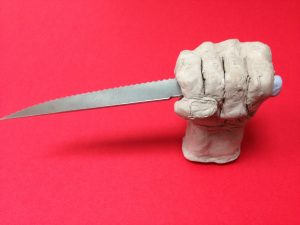 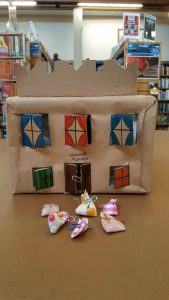 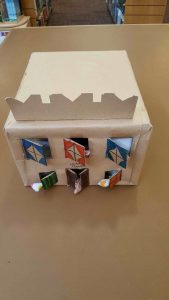 Phoebe, Anouska, and Ailbhe were the runners up in the Creative Responses for this beautiful creation in response to this book.  It was very detailed and was well worth a close look

Responses to Not If I See You First by Eric Lindstrom 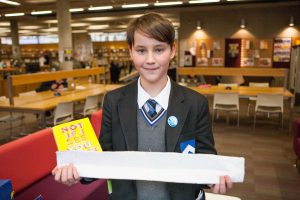 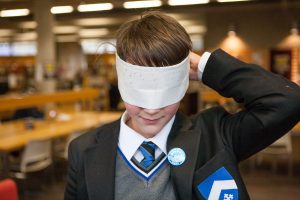 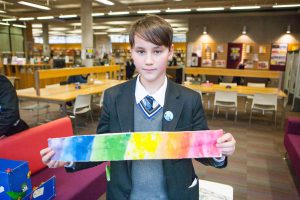 Jakobi from Latymer Upper School created this blindfold for Parker in Not If I See You First.  Parker loves colourful blindfolds, and this one has the title in Braille on one side and a beautiful rainbow pattern on the other

Responses to She Is Not Invisible by Marcus Sedgwick 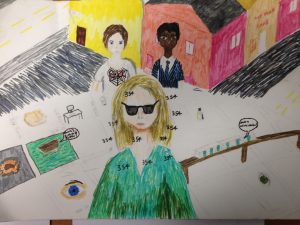 Response to There Will Be Lies by Nick Lake

RGS – Chapter 85 – There Will Be Lies – Tom  An extra chapter for There Will be Lies by Tom from RGS – it’s a great read!

Response to The Seeing by Diana Hendry