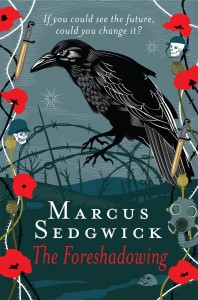 Lucy from Latymer Upper School made this book trailer video as a Creative Response to The Foreshadowing:

Ellie from Latymer Upper School made this bookmark as a Creative Response to The Foreshadowing:

20 thoughts on “The Foreshadowing”