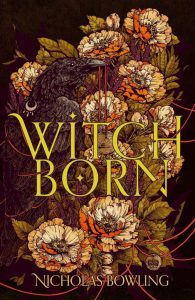 It’s 1577. Queen Elizabeth I has imprisoned scheming Mary Queen of Scots, and Alyce’s mother is burned at the stake for witchcraft. Alyce kills the witchfinder and flees to London – but the chase isn’t over yet. As she discovers her own dark magic, powerful political forces are on her trail. She can’t help but wonder: why is she so important? Soon she finds herself deep in a secret battle between rival queens, the fate of England resting on her shoulders.