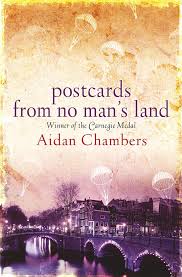 5 thoughts on “Postcards from No Man’s Land”