The theme for the 2023 TSBA (Trinity Schools Book Award) is … Facing the Future!

This year we have two Award shortlists: the TSBA (Year 7+) and Trinity Plus (Year 9+). 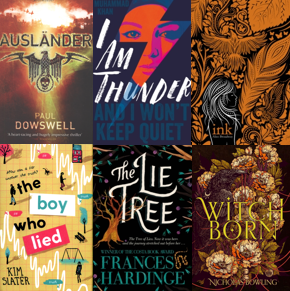 The TSBA 2019 shortlist has been chosen by the Award’s committee of school librarians, following nominations from the schools which took part last year, and what a great list it is! All chosen around the theme of Secrets and Lies, the books range from historical fiction (Ausländer, The Lie Tree and Witchborn), to the modern day (The Boy Who Lied, I Am Thunder) and fantasy (Ink). In all of these books you will find someone who is forced to live a lie, and has to confront it before they can live fully.

We also have a great mix of authors this year, from debut novelists Muhammad Khan and Alice Broadway to the award-winning Paul Dowswell and Frances Hardinge. As always, all of these authors will be invited to the final Ceremony next March, and it will be exciting to see how many of them we will get to meet! 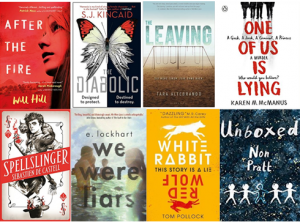 The Trinity Plus list, which are the books we recommend on the same theme for extension and/or for older readers, is also very diverse. Featured authors include Will Hill, whose After the Fire was shortlisted for a Carnegie Medal and won the YA Book Prize 2018 and Tom Pollock who has appeared on Trinity Plus before, as well as six thrilling titles by other accomplished authors.

We hope you enjoy reading this selection of books as much as we did!

Welcome to the third year of the Trinity Schools Book Award. This year, our theme is Sense-sational – exploring the five senses in fiction.  A slight change to the format, based on feedback is that this year we shall have only one main list of books, with a supplementary further reading list called Trinity Plus. Creative responses can be made on any book on any list, and reviews can also be written on all books. Please do respond to the books on the website as well. The only restriction is the the winner will be chosen from the main list, although all of the books will enhance your experience of all of the senses. Enjoy reading the books!